Warning: Parameter 1 to wp_default_scripts() expected to be a reference, value given in /home2/hilts50/public_html/johnsonfamilyblog/wp-includes/plugin.php on line 571

The day before our Thanksgiving holiday was set to begin, the kids and I got an added bonus – an extra day off due to to ice & snow. Josh however did not get so lucky. Instead of sleeping in, he had to brave the roads and head into work! The kids and I spent a lazy day doing not much of anything. James created a map – so he, Max, and I headed off to follow the map into the unknown. 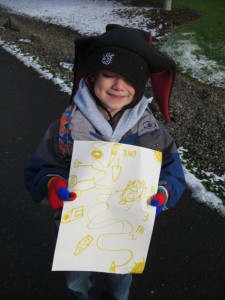 It was chilly out there & we since we don’t have our winter tub out yet, we made due with things we could find around the house. We followed the map uphill & downhill & around a curve. Once we got too cold, we both decided the map was pointing us home.

Once home, James thought it would be fun to slide down the ice-covered driveway on his pockets. 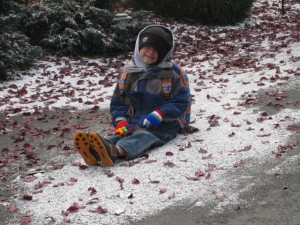 When the sliding was too slow, he stood up & took a run for it… Max thought that looked like fun! 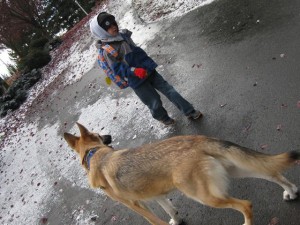 That night, Abbie and Chandler needed something to do, so I put them to work making some of our Thanksgiving Day goodies.They had 2 helpers waiting to assist, if needed! 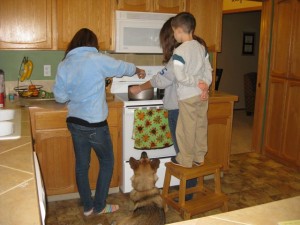 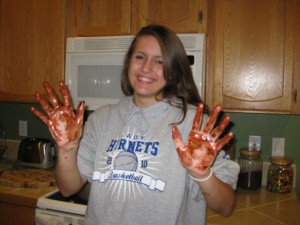 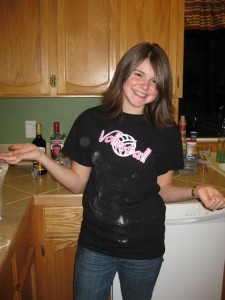 I’m thinking they had a good time making something I was kind of dreading… I now know who to call when I need messy snacks made. 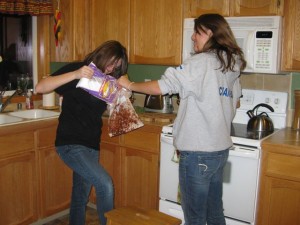 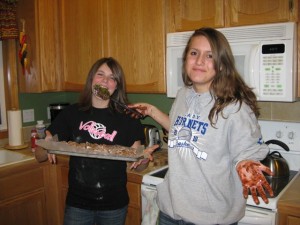 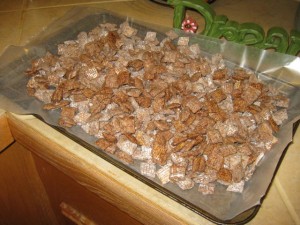 One thought on “Icy Weather = No School”